Stan Lee and Steve Ditko’s creation, Spider-Man, remains one of Marvel’s top tier characters.  Several Spider-Man comic book titles, spin-off series, cartoons and live-action films have cemented Spider-Man is our pop-culture social conscience.    The first 50 issues of Amazing Spider-Man (Spidey’s first solo series) are chalk full of first appearances of Spider-Man’s rogues gallery;  Dr. Octopus, the Chameleon, the Green Goblin, Sandman, Kraven and Electro are just a few that appear in these issues. We will exclude these.  Below, I will list and discuss the top 10 issues after issue 50 of Amazing Spider-Man that comic book fans are always happy to add to their collection.  Take note of the comics with a Canadian price variant cover! 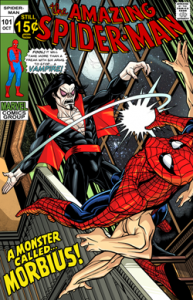 This is the first appearance of Morbius, the living vampire.  This issue has gained in popularity in recent years as many felt a Morbius movie was imminent.  They were not wrong! 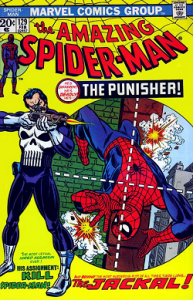 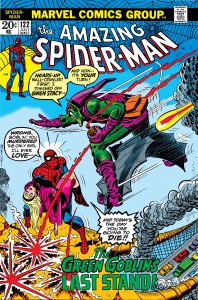 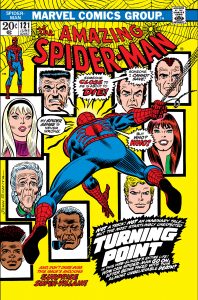 These issues have been popular since I started collecting back in the 80s, and always fetched top dollar, if you could find copies! Issue 121 features the tragic death of Peter Parker’s girlfriend, Gwen Stacy, at the hands of the Green Goblin.  In issue 122, Spider-Man exacts his revenge and kills the Goblin.

Introducing the Punisher!  High grade copies sell in the thousands. 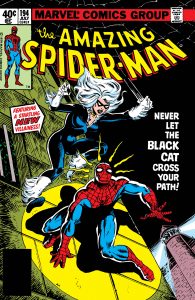 Batman has Catwoman and Spider-Man has the Black Cat.  Issue 194 is her first appearance. 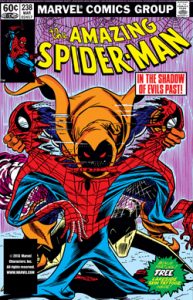 This is the Hobgoblin’s first appearance.  This “revised” Green Goblin was just plain cool.  This issue came with a set of tattoos affixed to the top staple and is available with a Canadian price variant cover as well. 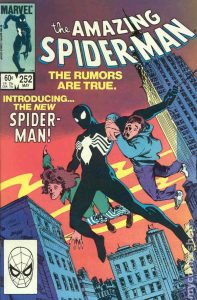 Secret Wars #8 featured the first appearance of Spidey’s black symbiote costume.  This issue of Amazing Spider-Man featured the new black suit in the main series and is available with a  Canadian price variant  cover as well. 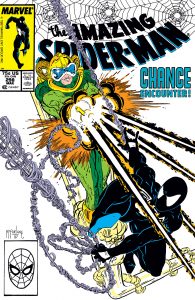 d McFarlane have been the most influential artists to work on the Amazing Spider-Man series.  This issue features McFarlane’s first  work on the title. 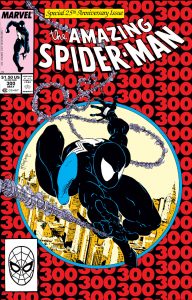 McFarlane introduces fans to Venom, Spider-Man’s most popular villain in years. Venom’s popularity surpasses most all other characters introduced in the series. Today, Venom has numerous titles of his own. 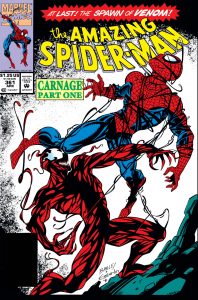 The first appearance of Carnage.  The release of the Venom motion picture had fans clamouring for a Carnage appearance.  The post credit scene in the Venom film indicated strongly that Carnage will be the antagonist in the next film. This comic book has become a staple at the Comic Doctor’s office.

Well there you have it.  The top 10 Amazing Spider-Man comic books (excluding 1-50) most sought out by collectors.   While the above focuses on three decades of the titles, many other issues should be considered when looking for Spidey comics. These will be examined in a future post. In the mean time,  if you happen to find any of the above, please do not hesitate to contact the Comic Doctor for all you comic cleaning, pressing and grading needs!

The Comic Doctor is an authorized CGC member dealer and as such can submit comics on your behalf to CGC.    The following is important information regarding our submission service. The Comic Doctor now offers  CGC submission for high value comic books … END_OF_DOCUMENT_TOKEN_TO_BE_REPLACED